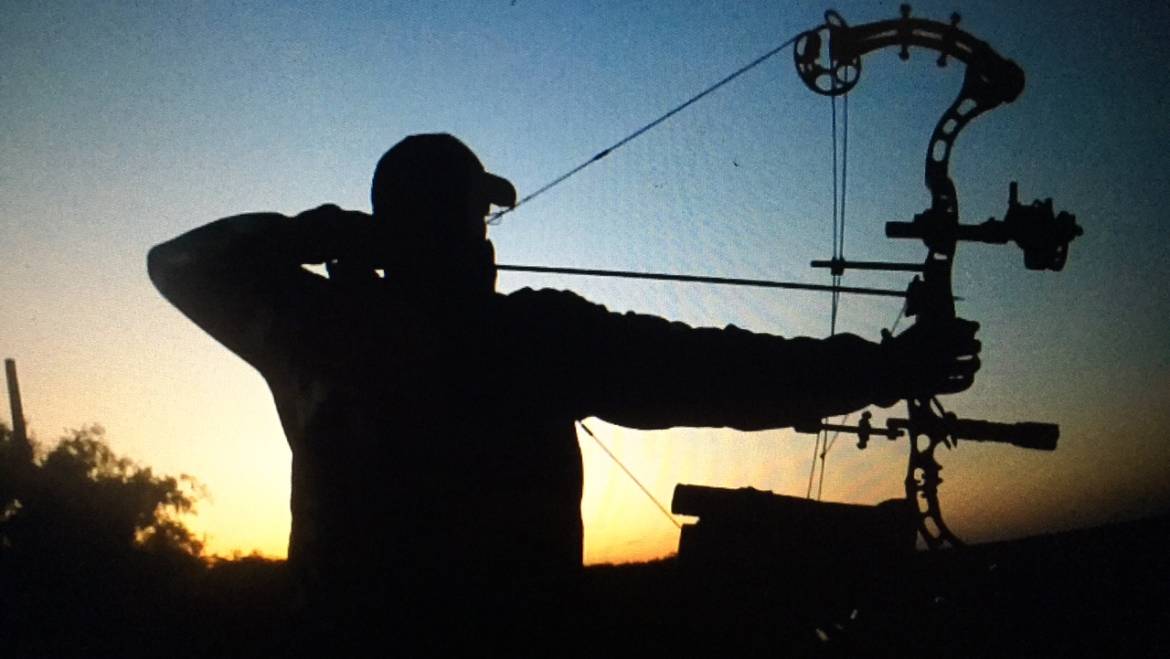 Journey into other world

Posted August 25, 2016 by Silent Assassin in About

Phillip Morris is a skilled, passionate hunter—but that is only the skin he wears. The man inside that skin is summed up in three words: determined, persevering, overcomer. The heart inside the man beats to help others find those same words in themselves.

Like probably most hunters, his passion for the outdoors began in his childhood, when he dreamed of going hunting. But he had one major difference from most aspiring hunters: he was born with profound deafness, which means that his ears are physically unable to detect any level of sound. Between that and a family who did not support the hunting lifestyle, he found that door closed to him for many years.

Being immersed in deaf culture inside his home (as several members of both sides of his family are also deaf), while trying to fit into the world of his hearing peers who often lacked under- standing, challenged Phillip’s strength and determination:

“…I decided that I would not try to prove them wrong, but to prove myself right, that I can put my mind to whatever I want to happen, despite that I cannot hear anything at all. I believe my deafness is not a curse, but a blessing.”

Never backing down from a challenge, Phillip pursued football, rising to compete in the semi-pro ranks. But the burning desire to hunt never left his blood. After retiring from football, he began again to express his interest, this time to his wife and her family.

“I was lucky to have my wife’s cousin, Luis, talk her into letting me buy my first rifle. Otherwise, I would not be here today. Thanks Luis!”

But having the rifle was only the first step. With no resources tailored to deaf hunters, Phillip scoured every online forum and video he could find to study the basics. He then practiced those lessons in the field. There were no outfitters or guides who knew American Sign Language, or could otherwise assist him. Determined, he hunted solo for many years, sharpening his skills through trial and error. He got good—too good, he realized.

“After three years of successful hunts…my fire started to go out. I wanted to challenge myself. I needed to up my game, be closer to the animal and see if I could do this. I decided to take up bowhunting!”

Phillip went to Cabela’s, shot a bow for the first time, and it immediately hooked him. His natural skill (paper-plate grouping with his first five shots ever) amazed both his wife and the bow tech. The bug bit him bad! Just like he had done years before, he pored over every bit of information he could find to hone his skills with this new tool. He started in May 2011, and by deer season, he had become adept enough to have what he calls “a great season!”

In 2012, the same hunger for taking on new challenges led Phillip to pick up a camera to solo-film his hunts. That bug bit him too. From there, his interest grew into an enterprise that today not only provides television-quality hunting footage, but also creates the support system and opportunities for other aspiring hunters—deaf and hearing— that he missed growing up.

“My deafness does not give me disadvantages, but a lot of advantages, as I learned growing up. To face challenges every day, some days it wears me down. We all have our breaking point. I have to remind myself when I reach that point…to bring myself back up to fight another day. ‘Cowboy up and carpe diem’! Putting the advantages to use has helped me in so many ways, earning respect from my peers and at the same time giving them a whole different insight into what the deaf world is like. I like to think we have taught each other and have benefitted from each other. I enjoy this very much, and love sharing it with both my deaf and hearing hunting communities,  and a chance to make a difference…All I wanted was for y’all to look into our world, our deafness, how we hunt, how we do things that seem impossible to many hearing folks out there. Learn more about us, our culture and all.

As for my show, I wanted to be able to benefit both hearing audience and also appease to deaf audience, so I added subtitle so they can know what I say on the show…

I try my best to show them the real, raw emotion and chronicle all of my adventures with all y’all folks out there.

I may do a solo filmed hunts, with friends, or whatever, you will see real stuff about our deafness, I want to give back the insights to y’all, to peer into what our world is like, especially when we hunt.

I am as blue collar bowhunter as anybody else for most part and will always be this way, I know I will not hit 140-160’s giants every year, nor will I kill every time I go out and hunt, but know this, I will bring you 100% real hunting, no B.S.!

You can login using your social profile
Install social plugin that has it's own SHORTCODE and add it to Theme Options - Socials - 'Login via Social network' field. We recommend: Wordpress Social Login